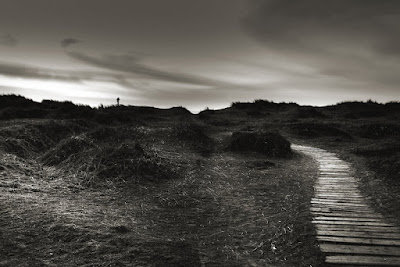 "Being alive, it seems, means learning to bear the weight of the passing of all things.
It means finding a way to lightly hold all the places
[and people] we've loved and left anyway,
all the moments and days and years that have already been lived and lost to memory,
even as we live on in the here and now,
knowing full well that this moment, too, is already gone.
It means, always, allowing for the hard truth of endings."
~ Katrina Kenison

If she's right, if being alive really means learning these things: to bear the weight of the passing, to allow for the hard truth of endings, then I am, undoubtedly: a) more alive than ever; and also b) categorically the worst student of such learning.

I know nothing of holding lightly, only of holding tightly - too tightly.

It's a strange paradox:  this not attaching too deeply to most, yet at the same time, not wanting to let anyone go.  Ever.

After all, when I first started writing here, niiiine long years ago - I was still struggling to let go of my childhood home, of all things, even though it had been two decades since we left it.  Even though, or perhaps because, I was facing much more life altering events at the time, like divorce and single parenting and scrambling to figure out what exactly I was going to do with my life.  Nonetheless, I wrote about the childhood home here.

Truth be told, I still occasionally drive by it when I'm passing through.  Because, well... something is clearly wrong with me.  Time has not been so kind to it.  It's not in a great neighborhood and it isn't much to look at, but it's still a part of me in some way. My childhood, while good, was a little chaotic  and confusing at times.  In some way, I think the house stood as some ambiguous monument of stability for me.  I couldn't understand why I kept going back to it, as if I were expecting to finally gain some sort of closure with it, to make peace.  I was desperate fabricate a happy ending or sense of finality.

I don't even know how to do that with other humans, much less inanimate objects.

Nonetheless, it never made sense to me until I read these words:


"I don't wish for the red house back, not really,
yet in a way, I wish for everything back that ever was,
everything that once seemed like forever and yet has vanished . . . "
Katrina Kenison, The Gift of an Ordinary Day

I don't know how to bear the weight of the passing, to allow for the hard truth of endings.  Goodbye is such an oxymoron.  Is there ever such a thing.  Not everyone you lose is a loss, but it still feels like loss all the same and if it's up to me, and I will hold on to the death before I willingly suffer the pain of loss.  I'll choose blistered hands from a too-tight grip over a bloodied heart from letting go anyday and erryday.  And this is nonsensical, of course - because the heart is not unscathed either way.  This is the hard truth of endings.

I don't know why, but I keep coming back to the story of the nameless invalid in John 5.  He'd been physically invalid for 38 years... (and I've been emotionally invalid for 40).  Jesus approaches and asks him the strangest of questions: "Do you want to get well?".  Is this a rhetorical question?  Or is Jesus speaking more about this man's heart than he is his body?  Do you want to get well?  The man was so conditioned to his condition, that this could seemingly become a valid question.  No pun.

And the man's response is even stranger.  Instead of responding with an immediate "Yes, please!", he gives an explanation for why he can't be healed and then lamented that there's no one to help him to the healing pool of water, that others keep getting in his way...

Isn't this so us me.  Conditioned to our own condition, trying to understand why we are the way we are, trying to avoid the discomfort of heartache or loss, without counting the cost of such.  Trying desperately to get to what we think will be the source of our healing or happiness or whatever it is that we think we need.

Because when we don't understand who He is, we will look in all of the wrong places for healing for both our blistered hands and bloodied hearts.

Jesus doesn't carry him to the pool, but simply says, "Get up.  Take up your mat and walk."

John lets us down here.  Because I want to know more.  I long for the intricate details of the facial expressions going on here.  I know Jesus rarely came across as smug, but I have to think in this scenario, after hearing the excuses and lamenting, Jesus cutting his eyes at the man while saying this in the tone of, "Ugh.  You're whining to God in the flesh, here.  Just shut up and GET UP AND WALK already."

I want to know how Nameless Invalid Man stood for the first time, how long it took him to stand.  I want to hear about the tears in his eyes, the joy in his heart.  But we get none of that.  Jesus speaks and, "At once the man was cured; he picked up his mat and walked."

And that was that.  #shrugemoji

We all have places of invalidacy (yes, I just made that word up) in our lives - and in our hearts.  It's our nature to look to all of the things and all of the people and all of the collective things of our past for healing or understanding.  Fearing change and loss and letting go, we'll pull up a mat and lay motionless for years on end, camping out lamenting for "everything back that ever was" or lost in some fantasy about "everything that could ever be".

And all the while, it's right there in red letters:  Take up your mat and walk.
Email Post
Labels: growing pains health/fitness letting go little life lessons