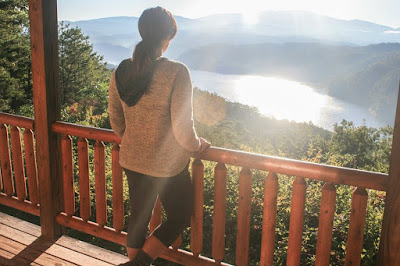 "I am the Lord your God, who teaches you what is good for you
and leads you along the paths you should follow.

If only you had listened to my commands!
Then you would have had peace flowing like a gently river
and righteousness rolling over you like waves in the sea."

I think about this portion of scripture a lot, particularly during times of chaos or turmoil in my life.  That whole "if only" phrase in the verse resonated with me for years whenever I found myself wandering... which was often.  And sometimes is still.  I've lamented the "if only" more times than I can count, regretting that I had not followed any commands other than my own whims, led purely by my own feelings.

Years passed and with them, layers of surrender.  There were spiritual markers and personal growth and maybe with those things, some sense that I had finally turned some ambiguous corner in life where I felt confident that I could walk consistently in freedom... so much so that I had it tattooed on my wrist late last summer.  I wouldn't have labeled it as pride or haughtiness, but maybe - in hindsight - that's what it was.  That somewhere along the way, I'd shifted from Christ-reliance to self-reliance.  And you know, "Pride goes before destruction, and haughtiness before a fall" (Proverbs 16:18).

It turns out, I'm a really stubborn woman.  It also turns out that the subheading of chapter 48 of Isaiah is titled "Stubborn Israel".  God knew that His chosen nation were stubborn and rebellious people.  He knew that generations would turn from Him.  He knew this about them long before He chose them; and He knows this about us long before He chose us, too.  In times of comfort and peace, they too would make that familiar shift from God-reliance back to self-reliance and invariably find themselves in captivity.

Their story is my story.  Over and over again.

But here is what God had to say to them (to us... to me) through the prophet Isaiah:


Yet even now, be free from your captivity!

Leave Babylon and the Babylonians.
Sing out this new message!
Shout it to the ends of the earth!

The Lord has redeemed..."


God was always faithful to call them out, always seeking to reconcile them to Himself.  Whyyyyy?  Because that was His covenant: that He would set them free.

Yet even now, be free.

This phrase "yet even now" is the one that gets me now.  The "if only" reminds us of the things we should've done, the paths we should've chosen, the choices we could've made.  But "yet even now" embodies the hope, that even though we've failed, we can still be free.  "Yet even though" in your stubbornness, you've turned away and charted your own course straight into a trap and into captivity, be free. 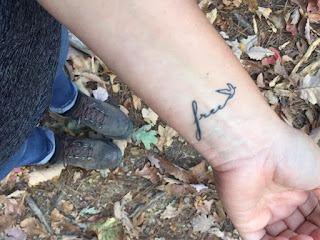 And I think maybe that's why I have this inscribed on my wrist...  Initially it felt like a declaration of sorts, and then soon after, it felt as if had become an invitation to be tested.  But now, it has become a reminder of this command:  "Yet even now, yes - even despite your wandering and your disobedience, be free".

"Yet even now," declares the LORD,
"Return to Me with all your heart,
And with fasting, weeping and mourning;
Don't tear your clothing in your grief, but tear your hearts instead."
"Return to the Lord your God, for he is merciful and compassionate,
slow to get angry and filled with unfailing love.
He is eager to relent and not punish."
Joel 2:12-13
SaveSave
Email Post
Labels: grace life little life lessons redemption surrender