Fifty Shades of Gray, Two Cents and a Can of Worms... 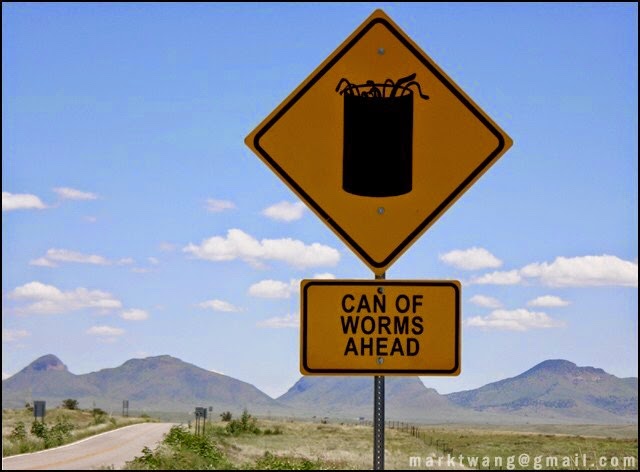 It's been almost three years since I wrote this post, but as the movie releases today, my two cents remain the same.  As Christ followers, we are not necessarily called to have an opinion about everything, but we are called to speak the truth in love and to let our light shine before others - into both the darkness and gray areas alike.
Sanctify them by the truth; your word is truth.  (John 17:17)
--------

i don't want to write this blog. really. i don't. it's late and i'm tired and i've just finished packing two backpacks for summer camp and making lunches and packing snacks and i'm pretty sure i have peanut butter in my hair... but i digress and my fingers forsake me. i write. inexplicably... against my will.

i've seen the facebook postings for weeks about this new book that's all the rage and all of my friends are talking about it and by talking, i mean tweeting and posting and sharing. i paid little attention. partly because i'm not a fan of fiction, and partly because i have a full time job, two children and i find myself checking my emails or catching up on my one year bible during my morning commute at red lights or late nights with one eye barely open - and i'm still, like, fifty days behind everyone else.
so this book: everyone was/is reading it. got it. it's the new fictional fad. it wasn't until i saw a post about someone not reading it that i took pause. and read the blog post about it. and almost subsequently, wished i hadn't. it wasn't that i didn't agree with what this particular blogger had written, it was just that i didn't want to admit that i did. i didn't want to admit anything at all. i wanted to fade right back in to my own proverbial shade of gray, where i could ignore the cultural phenomenon and the controversial firestorm that was coming along with it and go on about my evening and i tried. but i couldn't. because i am tired of shrinking away from truth. i am tired of living a life so fearful of conflict that i don't utilize the resources set before me to share truth. i am tired of not being more bold in my faith and quite frankly, when i read the responses to that blog that were written in such vehement defiance and defense of the book itself by sisters in Christ, it stirred my soul to write in vehement defense of Christ Himself. because all anyone else wanted to write about was whether or not it was right or wrong to read the book. if you said it was wrong, you were judging those who'd read it. if you said it was right, you were obviously a hopeless sinner...
oh, but, aren't we all. "We all fall short of God's glorious standard..." (Romans 3:23) - ask me how i know.
i'm always reluctant to comment on such slippery slopes of controversy for that very reason: invariably, any criticism is misconstrued as judgment. arguments erupt. feelings are hurt. regardless of the intent, the person sharing truth in love becomes a pharisee or persecuter with a fistful of stones. on the original post, there are so many women - believers in Christ, no less - commenting to the point of verbal assault. the argument, in and of itself, doesn't bring glory to Christ any more than the book itself. the book, which i haven't read, isn't a Christian book. as far as i know, no one is trying to hold the book to Christian moral standards. the question, for sake of the argument, is rather should we be reading the book. in the midst of the argument, it doesn't seem that any one in particular is actually seeking an actual answer. they're all too busy defending their own.
and so, here's the answer: no on can answer for you. except the Lord.
as Christ followers, the goal of our lives - by definition - is to follow Christ. it is to abide in Christ. and it's something i am learning at a miserably slow rate myself. it took years for my heart to be convicted of my own sinful media indulgence and the havoc that my Grey's Anatomy/Desperate Housewife/Bachleor-loving ways were reaping in my spiritual life. and here's the thing: no matter how close any of us get to it, we will miss the goal this side of eternity. the question is: are we really even aiming for it? the question, the one question, we have the responsibility to ask ourselves daily is whether or not our lives are ultimately glorifying the Lord. looking back on my life, i can reflect on days where the answer was a resounding no... and plenty of days where i could say, "eh.. sorta", but it doesn't matter what i say. all that really matters is what He says and what He says is this: "Anyone who isn't with me opposes me, and anyone who isn't working with me is actually working against me." (Matthew 12:30)

and so, the only good thing that controversy stirs up is self reflection. and we ask ourselves the tough questions: is what i am saying, doing, watching, thinking about and yes, reading - is it working with Christ to bring about His glory or is it working against Him? because there is no in between - and as much as we'd like to rest in our own shades of gray, our comfort zones, our lukewarm tubs of complacency, He is calling us out of the shadows of controversy, the futility of arguments and into the light of His presence - where He "turns our eyes from worthless things and gives us life through [the only book that gives us life] His word" (Psalm 119:37).

and i believe that His word is more relevant, more thrilling, today, in this moment, than any other words we can take our time to read - or write. truly, His mercy is miraculous. and His grace, scandalous. and this passage from philippians could've, perhaps should've, taken the place of everything i just wrote. if the apostle Paul were penning a letter to me - or to my Facebook and Twitter friends - i believe his words would be the same. If you skimmed over everything else, read this:

"Dear Brothers and Sisters, ... everything else is worthless when compared with the infinite value of knowing Christ Jesus my Lord. For his sake I have discarded everything else, counting it all as garbage, so that I could gain Christand become one with him. I no longer count on my own righteousness through obeying the law; rather, I become righteous through faith in Christ. For God’s way of making us right with himself depends on faith.

I don’t mean to say that I have already achieved these things or that I have already reached perfection. But I press on to possess that perfection for which Christ Jesus first possessed me.  No, dear brothers and sisters, I have not achieved it, but I focus on this one thing: Forgetting the past and looking forward to what lies ahead,

I press on to reach the end of the race and receive the heavenly prize for which God, through Christ Jesus, is calling us.

Let all who are spiritually mature agree on these things. If you disagree on some point, I believe God will make it plain to you...

For I have told you often before, and I say it again with tears in my eyes, that there are many whose conduct shows they are really enemies of the Cross of Christ.

They are headed for destruction. Their god is their appetite, they brag about shameful things, and they think only about this life here on earth.

But we are citizens of heaven, where the Lord Jesus Christ lives. And we are eagerly waiting for him to return as our Savior.  He will take our weak mortal bodies and change them into glorious bodies like his own, using the same power with which he will bring everything under his control.

- I love this next part as he pleads with two quarreling women to AGREE in Christ:

And I plead with Euodia and I plead with Syntyche to be of the same mind in the Lord. Yes, and I ask you, my true companion, help these women since they have contended at my side in the cause of the gospel, along with Clement and the rest of my co-workers, whose names are in the book of life. Therefore, my brothers and sisters, you whom I love and long for, my joy and crown, stand firm in the Lord in this way, dear friends! Rejoice in the Lord always. I will say it again: Rejoice! Let your gentleness be evident to all. The Lord is near. Do not be anxious about anything, but in every situation, by prayer and petition, with thanksgiving, present your requests to God.And the peace of God, which transcends all understanding, will guard your hearts and your minds in Christ Jesus.

-And he brings it home... for the church at Philippi. and for me. and for you:


Finally, brothers and sisters, whatever is true, whatever is noble, whatever is right, whatever is pure, whatever is lovely, whatever is admirable—if anything is excellent or praiseworthy—think about such things. Whatever you have learned or received or heard from me, or seen in me—put it into practice. And the God of peace will be with you.

late last fall, i wrote the following about my own life. about what i felt the Lord was calling me to in terms of laying down my life as a blank check for Him. I wrote, "i don't know what it means. i don't know what it is going to mean. i only know that i can no longer live in shades of gray, conforming more to this world and this culture each and every day when my heart and soul desires to be conformed into His image. i only know that i desire to pour out my life for His purpose, His glory and for the pursuit of His presence. i have nothing to offer except what He has to give and my life - a blank check."

"whom have i in heaven but you?
and earth has nothing i desire besides you."
Psalm 73:25