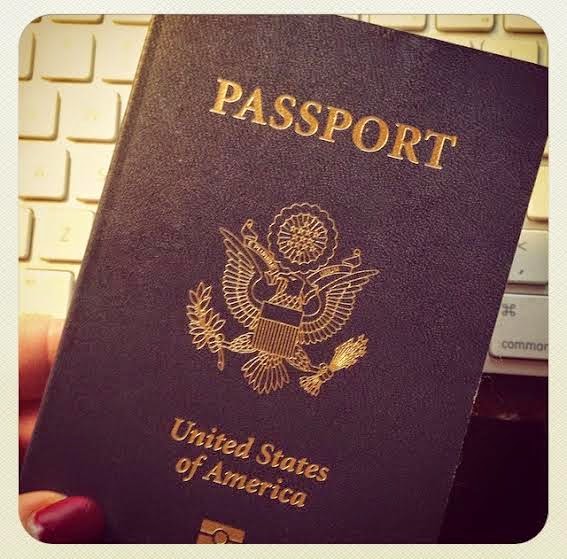 Looking back, I'm so grateful the Lord moved me to write some things down, or rather, type some things out.  He knew I'd need to revisit that which he placed on my heart time after time, year after year...

"December 28, 2010:  The end of the year is always a time for forced self-reflection; contemplation of the path through life in which we are traveling; our goals, our hopes, and our dreams for the future. My prayer for the new year – for my life in general– is that I learn to abide in Him, press in. Press on. No one understood this better than my beloved Paul. So much like me prior to his own conversion, so much unlike anyone else afterwards. He knew that Christ had taken hold of him and that He was never letting go. Paul had a clarity few of us can grasp: he considered everything else in this life rubbish. Everything. Rubbish. He wrote that he considered "everything a loss compared to the surpassing greatness of knowing Christ Jesus". Two thousand years ago, I seriously doubt that Paul was sitting at his desk forcefully contriving a list of self-fulfilling goals for a successful and happy new year. For him, there was only one goal... and it had nothing to do with what this world we live in relates to "happiness".  - Me

Back at the beginning of that year (2010), I was just a baby Christ-follower.  I was a thirty-something with a lot of religious experience, but barely learning how to walk when it came to actually following Christ.  Fully attentive to Christ one moment, completely ignoring Him the next.  A few steps forward, then falling.  I knew everything about who I had been and the way I'd lived my life up until that point needed to change but I often wavered between begging God to change me and fervently resisting it.
I wish I could tell you what a completely different person I am today, but you know better.
Frankly, at that time, some of the things He was calling me to seemed impossible, if not downright insane.  He placed it on my heart to pray for the reconciliation of my marriage and family at almost the exact moment I had readied myself to move on with my life; and He placed it on my heart to go on a mission trip despite the fact that I was a single mom and a full time college student at the time.  To do either of these things would require both faith and sacrifice like I had never known...  and as it would turn out, like I wouldn't know for another four years.
Truth be told, I did end up getting my passport that Spring and I did travel to two foreign countries that year - only to visit resorts - on vacation.
To quote CS Lewis, I was "far too easily pleased".
And far too easily led astray.
It would take another three years, and a hundred times as many similar acts of rebellion, mistakes, failures, detours and wrong turns before I would really pray the prayer and mean it wholeheartedly asking the Lord, as Katie Davis famously once did, to "wreck my life".
I had wasted so much time trying to live with one foot in the world, according to my own will, and the other foot just barely grazing the surface of the grace filled life He wanted to give me.
After years of still clinging so tightly to having my own way, I could finally say, "Lord, have your way."
The Lord moved and so did I.  Literally.  To wherever he told me to go, to whatever He told me to do.  It was a painful, but beautiful deconstruction process as He tore down the walls of the new life I'd shoddily constructed.
And He reconstructed and restored and reconciled.  Just as He'd said He would.  But more.  "Abundantly exceedingly more than I could ask or think" (Ephesians 3:20).  What had seemed an impossible, implausible thing back in 2009 became a reality nearly a half decade later.
At the beginning of this year, I look back on those years and am just so thankful that in the grand portrait of my past, the brushstrokes of His faithfulness cover over the imperfections of my faithlessness.
These last few years have been some of the most peaceful of my life.  I spent so much of my twenties in self-destructive turmoil and a good portion of my thirties in a spiritual battle, running to God and then away again.  It has been so good to just be - and to "be still" (Psalm 46:10).  It has been so good to just rest; to soak in His goodness and His faithfulness.
I hardly wrote at all last year.  In fact, in the seven years since I started this particular blog, I wrote the least last year.  It was in part due to the rest and in part, due to this feeling as though there was nothing left to write.

But God.
He has shown me and is showing me still that yes, that chapter in my life is closed.  The one that began with His calling me out of my sin and strife; the one that ended with His calling me here - to this earthly home, to this wholeness of my family and this peace in my heart.  That chapter has ended, but the rest is yet to be written. I am still on this Narrow Path Home.  On this side of eternity, I always will be.
And I've found myself at the beginning of this new year, at this beginning of our church's 21 Days of Prayer and Fasting asking, "Lord, what next?  And Lord, Have your way.  And Lord, wreck my life again."  Because, if I'm perfectly honest, all this peace and rest has had me drifting somewhat, into complacency... into a spiritual apathy.  I find myself making my own plans, dreaming my own dreams, living my life according to my own terms and my own wants.
"Search me, O God, and know my heart; test me and know my anxious thoughtsPoint out anything in me that offends you, and lead me along the path of everlasting life." ~ Psalm 139:23-24
Last night, as I stood in worship, the Lord spoke to my heart so loud and so clear that it were as if He were standing right next to me, leaning in to my ear so as to hear Him clearly over our insanely loud music.  "Go on that mission trip now."
And so, I came home, and I dug out that passport - the one I'd applied for five years ago and I submitted my application for a mission trip in June.  Because I'm far from walking this path perfectly, but the one thing I've learned is to move when He speaks.
As Paul wrote, "No, dear brothers and sisters, I have not achieved it, but I focus on this one thing: Forgetting the past and looking forward to what lies ahead" (Philippians 3:13).
This one thing: Looking forward.
Email Post
Labels: grace growing pains life missions reconciliation the blogger in me the narrow path