In the Middle of Expectancy 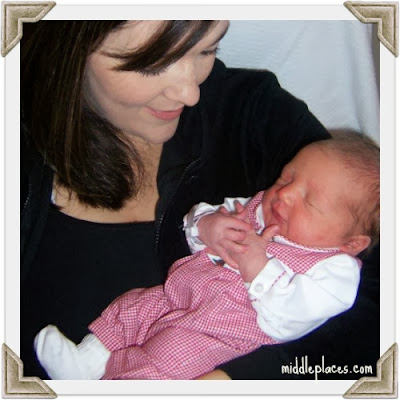 Everyone tells you that time seemingly passes more quickly with the second child and that is so true. It’s difficult to believe that eight years and sixty pounds ago, I was preparing to give birth to this *surprise* child.

I never wanted boys, or so I thought. I had it predetermined in my mind that I would have girls. Two or three of them. I’d refer to them as such. My girls. The girls. Growing up, I always wanted a little girl with big brown eyes and brown hair. And then I had our sweet Chloe, who has always embodied everything I ever dreamed my baby girl to be… right down to the dimples and giggles.

When we found out we were expecting and that the due date would be so close to Christmas, we decided not to find out the gender... This was shocking to everyone who knew me since patience and delayed gratification are not innate traits of my character.

In hindsight, I think I secretly feared that it was a boy. I secretly feared being somehow disappointed if I found out prior to his birth. But the truth is, I already knew. I knew in my heart this child was a boy. Although admittedly, the night before we went to the hospital, I packed some girl clothes just in case.

When they announced it was a boy, I wasn’t surprised … at all. In fact, the only surprise was how unsurprised I was… and then I saw him and that became the surprise. Complete opposite of what Chloe had looked like as a newborn, there was this tiny, pink baby with rosy cheeks and just a tiny bit of light blondish hair. I’ve heard lots of mothers talk about how love at first sight doesn’t always occur with newborns, but it was immediate with Parker.

Eight years later, I often think to myself that if i ever had more children, I would secretly wish for more boys. I had always heard that there was something special about little boys and their mamas and it’s so true, in an undefinable sense. Parker is all boy in his growing affinity for all things related to football and action/adventure but he is also one of the sweetest, kindest children.

Birthdays are the moments you want to live in. But there is tension if you linger too long. you look at a photograph that you took a few hours ago and you can already envision yourself ten years from now looking at the same photograph weeping over how young they were… or how old you are now… or both.

Lingering too long brings about that painful awareness of how fleeting our time is, how fast our children are growing, how fast we are aging. And perhaps, most painful, how powerless we are to stop any of it, or even slow it.

A few weeks ago, Parker put his hand on my stomach and said sweetly, “Mommy, I wish you were pregnant.”

I laughed, but I also realized that as my “baby” reaches the brink of his tween years, it brings about another bittersweet milestone of knowing I will never carry another child inside of me.

I tell him [only half-joking] that I’m too old to start all over.

But I also tell him something else, something the Lord placed in my heart many years ago.

It was late 2009. My life was completely unraveled. I was a divorced, single mom who had just surrendered my life to the Lord. I had just made a public profession of faith through baptism and had just re-enrolled in college to finish my degree. David Platt was in the midst of a series on James and it was rocking my world and wrecking my heart. I was just learning what it meant to live within this real relationship with the Lord when He pressed foster care and adoption on my heart indelibly. I knew that it would someday become a part of our story, but I didn’t know how or when.

In the years between then and now, God began mending the broken and reweaving the unraveled. I can see so clearly now those seasons of heartache and despair as preparation for what would come, a broken family that He would make whole again.

My heart is overwhelmed when I think about the impossibles He has made possible… and the impossibilities that He will make possible in the years to come. As we celebrate this season of Advent – this expectation and awaiting of our Savior, we become filled with another kind of expectancy. I tell Parker that I won’t carry another child in my tummy, but that maybe – just maybe – God is preparing us to open our hearts and our home for another child someday. One who needs a family for a night – or maybe a lifetime. One who needs a brother just like him and a sister just like Chloe. One who God has planned to be with us from the very beginning, and will bring to us in His perfect timing.

I still don’t know how or when.

But I am expectant. 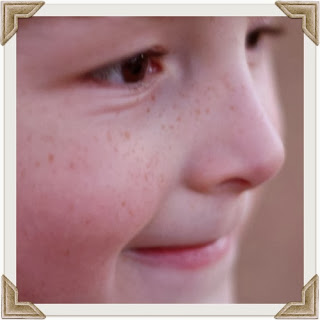 “Religion that God our Father accepts as pure and faultless is this: to look after orphans and widows in their distress and to keep oneself from being polluted by the world.” ~ James 1:27