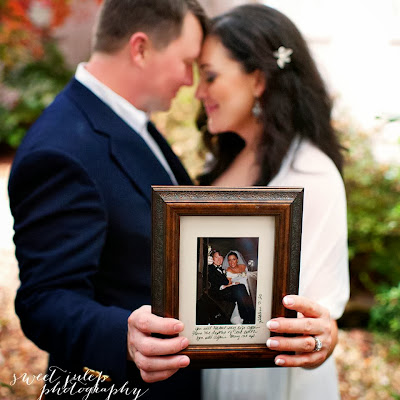 photo by Sweet Julep Photograpy
They say a photograph is worth a thousand words - and if that is true, I may not have to write again for at least a year.
It was in the first year after our divorce in 2008 that I wrote Psalm 71:20 on the matted frame of this photograph.  I couldn't have known then that it would someday become a part of this photograph, a perfect portrait of restoration.
I had ran into someone who had given me hope through his story.  I came home and wrote this blog and scribbled the verse on the picture frame to remind me of that hope - that promise.
In the years that followed, I put the framed photograph away and pulled it back out more times than I can count.  Some chided it as an idol of sorts; others desperately tried to convince me that it was all a faraway dream of which I couldn't let go.  Some concluded that I couldn't forgive myself of my past.
It was a tumultous path, paved with darkness and doubt and inconsistencies.  There were moments of clinging to the promise of His word, and other moments struggling to discern whether or not I'd really heard from Him.  Had I made it all up?  Had the desire of my heart misconstrued the word of God or had God Himself conformed the desire of my heart to His perfect and sovereign will?

Beleiving Him for the seemingly impossible, at times, actually felt impossible.  Even my own father, always full of pragmatic logic, urged me to let go.  In fact, he went as far as to imply that I might "need to get my head checked" if I geniuinely believed reconcilation was a possibility.

He urged me to move on with my life.
And so, I tried. Desperately.
And failed. Miserably.
But God.  Oh, thank God.  He alone has the final word on His word.
Ultimately, He used all the brokenness in my life to bring me to wholeness in Him.  All the while revealing to me that there was nothing I could do to undo His promise.
In His own timing, He mended and moved the broken pieces of my life, of our marriage, and of our family into one.
﻿