In the Middle of Redemption - A Marriage Restored 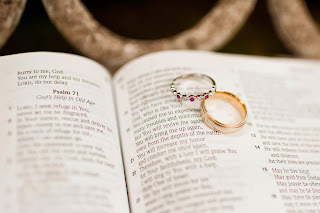 "You will restore my life again..."  ~ Psalm 71:20
I am getting married tomorrow.
Again.
Re-married.
And to be honest, it’s rendering me speechless. I am in bewildered awe of what the Lord has done and the last few weeks have left me a little bit undone trying to take it in.
It’s been almost fourteen years since we stood at the altar and established a covenant. It is a covenant that the Lord remained faithful to, even in the midst of my outright faithlessness and unfaithfulness.
I can’t wrap my brain – or my heart – around that kind of faithfulness. This kind of love. This kind of joy. Oh, how He loves us. Even in spite of us. Regardless of what we have done or who we have been. Regardless of what kind of mess we have made in our own lives or in the lives of others, He is faithful. He will do what He says He will do, even when we have done nothing to do deserve it.
Even when we have done everything in our power to un-deserve it…
In the darkest, most broken moments of my life, He would whisper His promises of restoration and redemption to me. So much like a father, gently urging his child to trust him. And so much like a child, I’d try and fail. Time and time again. I’d make a mess of my life over and over and over again and He remained steadfast. Unchanging. It was a tattered and torn journey, this path from divorce to reconciliation.
To look back, I can see His sovereign grace guiding every step – and yes, every misstep. Ultimately guiding me home.
People have asked me what it’s like to fall in love all over again. I tell them that it’s really much more like how I imagine one would feel after being lost and wandering in the wilderness for years, then being found and brought home. Everything about being home would feel both new and familiar, routine and extraordinary, and underneath it all – a constant, nearly overwhelming gratefulness that you were found and a profound, life altering gratitude for your home.
I am home.
In recent days, random people have sent me messages urging me to write it all out – to tell our story in full. ”Someday,” I tell them. For now, I don’t even know where to begin.
And so, as I sit to write and new words won’t come yet, I look back at the thousands of words I wrote through the years. And I’m overwhelmed with gratitude that He moved me to write, to keep a record of His faithfulness – knowing that even today, He is weaving these old words in with my present reality and giving us a story, a testimony, a ministry - so that one day, people may see and hear and put their trust in Him.
Tomorrow doesn’t mark the end of anything, but a new beginning and the fulfillment of a promise spoken to me nearly five years ago.

The end of our marriage was a battle. Emotionally. Spiritually. We had been caught in a repetitive cycle of trying and failing and giving up and trying again. My relationship with Chris mirrored my relationship with Christ and I went through that vicious cycle – of confession and repentance and then, inevitably, failure – my failure – more times than I can count, each time more brutal than the one before. Until there was nothing left – nothing for him to give – nothing for me to take. Until we were both standing in the midst of the rubble of our life together and each waving our own white flags of utter defeat.

And then, we retreated. He, into quiet anger and bitterness, and me, further into darkness and shame and failure.

I think, in some ways, I naively believed that God would somehow, finally leave me alone now. That I had somehow finally disappointed Him past the point of His forgiveness. I would be own my own, able to choose my own path for my life. It was my first legitimate taste of so-called ‘freedom’ and yet, it didn’t feel like freedom at all. In fact, it felt just the opposite.

For the last year, I have busied myself with life, my kids, with friends, exercise… with anything and everything I could. I have moved at a pace that never allowed for a quiet moment. I couldn’t bare the thought of lying still. I was terrified that of what that moment would bring. I didn’t want to feel anything. I used everything and everyone in my life to self-medicate and avoid anything below the surface.
Needless to say, no one can move at such a pace for too long. And the moment that I paused to reflect, to allow myself to see even a glimpse of my own heart, it was even worse than I’d feared. And the heartache was compounded by the resounding reality of finality. It was too late.

I did what I do best: I candy coated this harsh reality for myself and for others, making it shiny and sweet. I consoled myself with the thoughts of how much worse things could have been or could be still. And this worked, for a time – from time to time. But it was clear to me, as it had been for years, that God really was not going to leave me alone.

“I – we- have made a terrible mistake“, I finally, reluctantly confessed to Him – and to myself – one night in prayer.

Yes, you have. It wasn’t an audible answer, of course. Nor was it harsh, but more of a simple, emphathetic nodding – the same way I imagine a real father, like Chris, would comfort his daughter, like our chloe, after realizing she had made a tragic, life-altering choice.

He ached not only for me, but with me and I felt it. But I also felt something else. Something that had been foreign to me for some time: hope. “Hope only in Me”, He said, “Be joyful in hope, patient in affliction, faithful in prayer.” (Romans 12:12 NIV) I contemplated these words. Affliction – check.

It would be another three years before I purchased a ring for my left hand that [providentially] had this same scripture engraved on it.  Three more years riddled with more mistakes and wrong turns than I can count, and yet it was all of these years collectively that He was engraving this scripture on my heart – changing me, transforming me into a woman who could not just read these words, but by His grace –

one who can live them.
“I will give thanks to you, Lord, with all my heart; I will tell of all your wonderful deeds.” ~ Psalm 9:1