In the Middle of Fixing 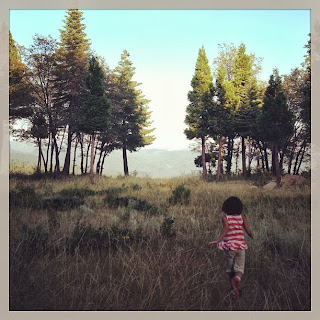 Let us fix our eyes on Jesus, the author and perfecter of our faith…
Hebrews 12:2
It’s late and I’m jet-lagged.  I’m having trouble fixing my eyes on the screen… and keeping them open.  The words won’t come – not like I want them to or need them to – but the words that our pastor spoke last night are still ringing in my heart:
“Let the past be the past, in Jesus name.”
He spoke those words while introducing another pastor, one who had walked through deep personal and spiritual failures and one who was about to share his humbled heart with us.  The title of his message was “How to Come Back to the Father”.
In the years since my own tattered and torn prodigal journey home, I’ve read and reread the parable many times, but last night – in the context of the message – I realize how little consideration I’d ever given to the older brother.  You know, the one pitching a proverbial fit that his reckless and selfless little brother has squandered his inheritance and is being given a celebration rather than the punishment he deserves.
The parable ends with the father pleading with this older son to come and join the party…
to let the past be the past.
The truth is, there are always going to be those like the older brother in our lives. There will be those who are angry with the Father for the fact that He has chosen to give us grace rather than the punishment we deserved.
It’s why we must fix our eyes on the Father – and Him alone.
It’s why we must be more concerned about the Father’s heart than others’ opinions.
It’s why we must extend the same grace and mercy that the Father has extended to us to others.  As C.S. Lewis wrote, “We forgive the unforgivable because He has forgiven the unforgivable in us.”
One of my favorite films [of all time] is “Legends of the Fall” in which Brad Pitt portrays the character of Tristan: a deeply troubled soul who, despite an intense love for his family -especially his father – is a perpetual runaway. He constantly flees the love and stability of his father’s house and his father’s love; often abruptly.  No one is ever sure of where he has gone or for how long; no one knows when or even if he will ever return. Yet, the scene of his repeated homecomings remain unchanged: his father stands and offers his outstretched arms, extending them to embrace his son with such fervor it causes tears to swell in our eyes; warmth to swell in our hearts. This father’s fierce love and loyalty for his son is unwavering; rock solid through the repeated abandonment;  the continual inconsistency.  There is a steadfast gleam in his eyes: the unspoken hope and longing that each homecoming might be the last; that “this time”, his child has come home to stay.
Tristan’s story is my story.  The filmography depicting his heart is the autobiography of mine: everyone who knew him had long forsaken the hope of any consistency in his life, deeming him to be irretrievably lost; irreparably broken. he was the runaway to everyone… everyone except his father.
Towards the end of the film, Tristan returns… again. For good. Inexplicably. His previous homecomings had been marked by a prevailing sense of despair, as if returning to his father’s house and his father’s arms were an act of temporal refuge. But that last time something - everything – within him had changed. The peace within him is palpable.
He learned what I have learned: his father’s house was where he had belonged all along; his father’s love was the very thing he had sought and yet, at the same time, rejected. The last homecoming was different because he was different: the wounds of his past were healed. A cleansing flood had occurred washing away his pain and with it, his desire to run; the need to flee.
I, too, rounded the corner home to my Heavenly Father with a spirit unlike so many times before: my steps were not filled with despair, but with hope; not with begrudging obedience, but with longing for Him.  Something was different because I – by His grace – had been made different. Though I was – and am – and will always be – the prodigal daughter unworthy of this love and this grace, He clothed me in His righteousness and deemed me worthy (phil 3:9). He did not call me a prodigal, nor did He call me a runaway.  He didn’t call me broken, or crazy or confused.
No, He called me His own and He called me by name: Beloved.
And so, wherever you are on this journey, let Him fix your gaze on His heart – for when you see His heart for you, you will always want to run to Him and never away.
Email Post
Labels: growing pains life middle places the narrow path