in the middle of honoring 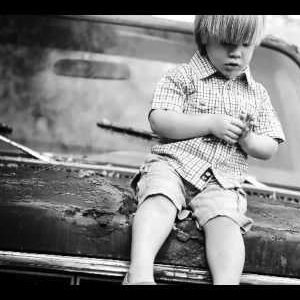 photo by abernathy photographics
“The LORD is close to the brokenhearted, and He delivers those whose spirit has been crushed.” Psalm 34:18
I’ll be honest, I have around forty beginnings of blogs saved in my draft folder. Most of which contain a single thought or theme left unfinished. My writing ebbs and flows like the tide, only not as frequently. It is there, in the ebb, I revisit my drafts seeking to write the words left unsaid. That said, throughout this week, none of them have moved me from the ebb into the flow. In these moments, I almost always reflect back on other words. His word, yes, but all also the inestimable amount of words He has granted me to write in years past. I’ve found that in these moments, He is almost always wanting me to reflect, and to remember something He has taught me.

Each January, on my personal blog, I have shared a post in the memory of Bronner Burgess. I had not yet posted it for this year, and perhaps, this is why – so that I could share it here. I never knew Bronner, but the Lord used his precious life and death, and the faith of his parents to impact my heart monumentally. The Lord used it in such a way that it became a catalyst of spiritual markers on my path through life, ultimately leading me to surrender my life to the Lord. As years have passed, the memory of that marker has become woven into the fabric of my life. A thread, like so many of the others, that God is carefully knitting together to create something that is beyond what my earthly eyes can see. I see the backside of my tapestry and frankly, most days, looks like … well, the back of a tapestry. A hot mess.

In January 2008, I was living in a pit of spiritual darkness. My life had literally fallen apart around me, and part of me was still clutching the wrecking ball tightly. My marriage was ending and I was living alone for the first time in my adult life. As a result, I was having severe panic attacks in the middle of the night along with the horrific, recurring nightmare that one or both of my children were drowning. The circumstances were different, but the dream was always the same: one or both of them would fall into dark, murky water and I would see them disappear into the darkness. Desperate, helpless and unable to save them. I would wake up in the middle of the night sobbing, heart racing, sweating, and unable to breathe.

It was a Saturday afternoon in late January when I sat down at my kitchen table with my laptop. A local news alert was posted that it was being reported that one of our local radio DJ’s children had tragically drowned. The words engulfed my heart as I read them. Sweet Bronner. Just a few months older than my Parker. In my own fragile condition, it was a horrifying blow that shook me to my core.

It would be another eighteen months before I would truly surrender my life and my will to the Lord and allow Him to pry the wrecking ball from my tightly clutched hand. Yet in that moment, God was faithful to His word and to His promise to use all things – yes, all things – to bring glory and honor to Himself. My heart, along with so many others, was crushed by the news and He used the brokenness to allow His love to flow in. The faith and testimony of Bronner’s parents, Rick and Sherri Burgess, paved a bridge that would allow so many to reach what Beth Moore calls our “promised land”, the place where our theology meets our reality.

This morning, I honor the memory of little Bronner – and of our great God who truly works all things together according to His word (Romans 8:28).

I wasn’t actively writing when Bronner passed away. I had given up on my old blog and not yet started a new one, but I did write an email to all of my friends and family. The tragic death of a baby boy that I never even knew became a defining moment that God used to shatter my heart of stone and bring me to His arms. It was a turning point that set my feet on a path towards surrender, my baptism and a public profession of faith.

Five years later, I remain in bewildered awe of how the Lord continues to use Bronner’s precious little life and tragic death to bring glory [and hardened hearts] unto Himself.

Last January, my office was located in close proximity to the Rick & Bubba studio. From time to time, I’d see them walking through the little plaza of restaurants during lunch. On a random Thursday, I ran over to one of said restaurants in the middle of the afternoon to refill my giant mug of Diet Barg’s root beer and when I left through the side door, I literally ran right into them. Before my brain had time to tell my mouth to speak, my heart had already given the instruction. I heard myself say, “Rick, I’ve never had the opportunity to speak to you in person, but I just want you to know that my relationship with the Lord would not be what it is today if it weren’t for the words that He spoke through you at Bronner’s memorial service. I have a little boy who was close in age to Bronner and that is one of the things God used to break my heart and draw me to Him.” Tears were brimming my eyes and theirs. He thanked me and assured me what encouragement it was for his heart to hear those words.


I walked away, head finally catching up with heart, I thank God for the opportunity to share that. I was instantly reminded of how he directs our path and ordains our steps, every single one. It wasn’t until the next morning that I was reminded about my post about sweet Bronner. The one that I repost every year. Every January. Wait. Had I missed it? What day was it? Today was the 20th, yesterday was the 19th… I’m talking out loud, searching my blog on my phone when I read the date: January 19th, 2008. The day before, the day that I had completely randomly ran into Rick Burgess and blurted out those words to him, had been the anniversary of Bronner’s death and I’d had no idea.

The news of Bronner’s death shook me to the core and made me examine my own life and my own faith or rather, lack thereof. I found myself asking all of the questions that, in our humanness, naturally follow tragedy. Questions like: why God would allow it; how his parents, especially his mother Sherri, would survive it; how would they go on with their lives, etc. It is the questions we all ask when sharing in the silent grief of an unspeakable loss. Little did I know at the time that all of these questions would be answered through Bronner’s very own father at a public memorial service that was broadcast on their show later that week.

Rick Burgess stood, less than three days after his baby boy had tragically drowned, and the words that flowed from his mouth were [and still are] undeniably supernatural. I have been in (and sometimes, out) of church services most of my life. I have attended a plethora of “conferences” and “retreats”, read countless books, participated in various bible studies and nothing, absolutely nothing, even comes close.

I accepted Jesus Christ as my Lord and Savior as a teenager. I was 15. I had walked the aisle, prayed the prayer, joined the local church – but for the 16 years, I have tried and failed more times than I can count to “get it right” or to “get my life right” with God. There was an ambiguous disconnect between knowledge of Christ in my head and love for Christ in my heart. My wake up call came through the tragic death of this precious toddler that I never even knew.

The words that God spoke through the faith of William Bronner Burgess’ father, Rick, spoke to my heart like nothing else I have ever heard and in those moments, I could literally feel the gap between my head and my heart being bridged, forever altering my relationship with Christ. The tears were coming so hard and so fast, I was standing in my bathroom, holding my hair back, letting my tears pour out into the sink.
Sixteen years of trying [and failing] to change myself… and then, I understood. It was never something I could have done on my own.

The apostle Paul wrote about the hypocritical Pharisees being “whitewashed tombs” which were beautiful on the outside, but filled decay on the inside. For so long, I have been a whitewashed tomb, clothed in some self-righteous form of religion and an array of materialism; clinging to worldly possessions, worldly behavior and a heart full of judgmental criticism. It was a heart that my own rebellion had left hardened. And it was a heart that the death of this child would leave broken, allowing God to move in.

If you have never heard the message from bronner’s memorial, you can find it here: Bronner Burgess Memorial.