the next step: part one 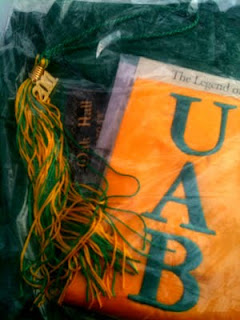 "We can make our plans, but the LORD determines our steps."
Proverbs 16:9

I’m too busy to blog these days. I’m too busy to check all of my emails, or voice mails, or my snail mail. But it never fails that I have a moment or two where regardless of where I am or what I am doing, I have to stop everything and be still – even if it’s 7 a.m. and I’m here in sweaty gym clothes still needing to shower, attend a morning event at Chloe’s school and go to work – to write something down. It’s never derived out of the need to share, but from a need for me to process what usually occurs as a spiral of events that, while some could consider coincidental, the more I walk with the Lord and listen to His voice, the more convinced I become that it’s a divine leading, often intervention...

“He calls his own sheep by name and leads them out. When he has brought out all his own, he goes on ahead of them, and his sheep follow him because they know his voice. But they will never follow a stranger; in fact, they will run away from him because they do not recognize a stranger’s voice.” ~ John 10:3-5

I am days away from (finally) graduating from college. It was a strange, ambiguous calling to finish school. I never thought I would go back. Quite frankly, I never wanted to go back. I had spent most of my life with a paralyzing fear of failure… and success. I lacked the self-confidence to believe that I could ever conquer college - or college algebra - and coupled with that, I lacked the drive to even try. I had become complacent in my life, desperately trying to make sense of it all. The demise of my marriage and following divorce left me broken in just about every way possible: emotionally, mentally, physically, financially, spiritually. It was as though I was standing in huge pile of rubble, having lost everything – with no idea what to do, where to go, how to rebuild my life or who I was. But the Lord did....

I read an article recently about an author who was a victim of the Bernoff Ponzi scheme. She had amassed great wealth and savings and literally lost it all. She wrote about how that experience changed her for the better, how her perspective on everything became clearer. In effect, losing everything she had valued made her redefine what she valued. She said something along the lines of losing everything somehow detached her from the very things she thought had made her happy. It took losing everything to open her eyes to what really mattered in life – and the same is true of me. I could have never imagined during those darkest hours of my life the incredible forgiveness, mercy, grace, and redemption that the Lord was pursuing my heart in order to give me. I am living proof that there is nothing that can make us unworthy – or worthy – of Him. Jesus Himself said that only those who lose their lives will gain it, and there is so much truth in His words. He came to give us LIFE.

And so, as my story goes, in 2009 I surrendered my life to the Lord, was baptized as a public profession of faith in Christ, and at the ripe age of thirty-three, I returned to college… sort of like Moses wandering off into “a land that I will show to you”. There was no final destination. Only the next step. Someone asked me recently what my title would become after I graduated. “That girl who finally finished something for once in her life”, I retorted. Even with graduation impending, I've remained unsure of what I was actually “going to be when I grew up”, but why the Lord called me to finish my education has, over the span of four semesters, become clear. Two words: Obedience. Perseverance.

The Lord had used the mess of my life to bring me to Him and He was using my roles as a mother of two children/part time employee/full-time college student to teach me that oh-so-important life lesson of what it means to press on when things get difficult. To obey a calling that you don’t understand, even one you don’t even really desire to do with the faith that it is for a purpose greater than yourself. I haven’t perfected this. Not even close. I've wanted to quit more times than I can count. At the end of each semester. At the beginning of every Algebra exam. But I stand amazed at how far He has carried me, and amazed that I aced college Algebra. In hindsight, it’s ironic that the one thing I feared the most became a challenge that I almost enjoyed conquering. Almost. It’s also humorous that out of my entire, prolonged college career, the most difficult course that I have ever taken was Music Appreciation 121. You would think that I, being a former flute toting band geek and all, would breeze right through it. I took seven classes in order to participate in May commencement and at this point, I have studied more for that one Music Appreciation class my six other classes combined.

Something inside of me has changed, that innate wiring in my head (and heart) that always wanted to quit has been rewired to perceive such things as challenges rather than obstacles.

I know, I know… I sound like a motivational speaker.

I have a point. I promise to make it… eventually. I have walked imperfectly, often crookedly, with trips and falls, runs and crawls. As I have inched towards this crossroad of life post-college, I began to pray, "Lord, what now?". At times, I have made my own plans, but now more than ever I know that the Lord directs my steps - and has guided this next step... that I will write about in part two. :)
Email Post
Labels: growing pains the blogger in me the narrow path