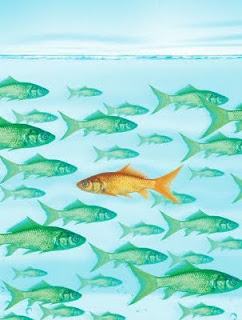 "Do not conform any longer to the pattern of this world..."
Romans 12:2
the gospel demands a radical surrender that inevitably requires radical repentence: a turning from the life that was to the life that is - in Him. it is inestimable how many times i had tried and failed to turn and follow Him only to be swept away by the current of the world and of my own selfishness. years spent trying, failing and more often than not, not trying at all. i never understood that obedience wasn't an act of my will, but an act of His grace working within me. He has changed me in a way that i no longer desire to conform to the world, but desire to be continually transformed by His hands. and that grace is miraculous - and scandalous.
Peter wrote, "As a result, we do not live the rest of our earthly lives for human desires, but rather for the will of God." and this next part, he could've written just for me:
"For you have spent enough time in the past doing what pagans choose to do—living in debauchery, lust, drunkenness, carousing and detestable idolatry. They think it strange that you do not plunge with them into the same flood of dissipation..." 1 Peter 4:2-5
in the past, my past - not completely unlike the one Peter described for me - this path seemed far too difficult: the temptation to stray, the fear of failure, the self-doubt, fear of others' perceptions. those remnants of my own futile efforts are gone - cast as far as the East is from the West.
when God changed the landscape of my heart and of my life, He placed me in the midst of other believers who long to follow Him with wholehearted devotion. others to walk, encourage - and swim - alongside me. against the crowd. upstream. against the current. against the flow of the world around us.
the desire to turn and swim with the current is gone, replaced with a much deeper desire for those who are where i once was, where i was for far too long. i never expected that the weight of the current would often feel so burdensome. so utterly disheartening. at times, i feel as helpless as the fish in the picture above: no voice to speak. no arms to reach. swimming against the stream as i pass others being carried away by the current... and they don't even know it.
i don't have the answers, but i know the One who does. the world - and our own hearts, apart from Him - will always guide us in the opposite direction. but when we surrender every facet of our being and our lives to Him, it is His spirit and His word that determine our direction; and there is but one direction: Christ and His glory. upstream.
Email Post
Labels: the narrow path