love of my life 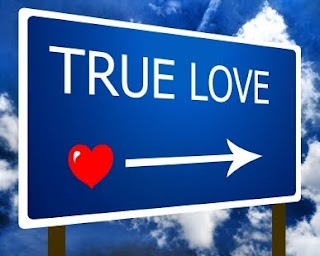 i have the beginnings of so many other blogs in my drafts folder; the scattered papers and books of so much coursework on my desk; but my fingers only move across the keyboard with the rhythm of my heart.
and by His grace, my heart only moves with the rhythm of His spirit.
there is not a single day that has passed that i have not been in awe of His grace. the Lord has transformed the narrow path beneath my feet by His hand and the heart within me by His love.
who could have known; who, but He, could have predicted that my own path, paved with sin and failures and loss; the path leading to death and despair and loneliness would somehow be transformed - and that He would lead me here: to the most abundant life - and to the greatest love - i have ever known. the very one from whom i ran has become the love of my life. and in that, i am not alone...
i heart king david: you know, the "man after God's own heart". but that's not why i heart him. no, i love him because before he became that man, he was someone else entirely: an adulterer... and a murderer. an adulterer who used murder as a futile attempt to conceal the adultery. you want to talk about feeling unworthy of grace? psalm 51 is david's plea for mercy and redemption. and it's not completely unlike my own prayers prayed through sobs on the floor. i love verse 17, which says, "The sacrifice you desire is a broken spirit. You will not reject a broken and repentant heart."
Oh, how the key that unlocks the door to healing for broken lives and broken hearts lies within that very verse.
david's path, paved with selfish ambition and sin, had ultimately led him to the end of himself. a dead end in which you have no choice but to lie down and die or turn back. it is only by His grace that any of us truly turn back and when we do, it is only by His grace that we are able to bear the unfathomable agony that comes with realizing what we have done, who we have been.
david was there. and i have been there, too. what he wrote in his psalm; i write in my blog: it is that agony that leads us to salvation.
in verse 17, david writes: "You do not desire a sacrifice, or I would offer one. You do not want a burnt offering. The sacrifice you desire is a broken spirit. You will not reject a broken and repentant heart, O God."
david knew what i had to learn the hard way: God didn't want his religiosity; his performance; or a "sacrifice" or "burnt offering" to show his sincerity; God didn't want david to go and try to "get his life together" and then come back pleading for mercy. david knew he had nothing to offer; he knew that nothing could reconcile the wrong he had done. but he also knew the one thing God desired. and it was the only thing he had left: a broken, half-beating heart.
All that God desired from david was the same that He desired from me - and from you. He wants our hearts.
and once He has it, truly has it, our testimony becomes that of psalm 40. His story of redemption is the same, written by His love upon our hearts. it is the same because we are all wretched and sinful apart from His grace; we are all hopeless and lost without experiencing His love. but in His love, the words of david in psalm 40 become our own, as they are my own:
He has lifted me out of the slimy pit, out of the mud and mire;
He has set my feet on a rock and given me a firm place to stand.
He has put a new song in my mouth, a hymn of praise to our God.
Many will see and worship and put their trust in the Lord.
I will not hide His righteousness in my heart;
I will speak of His faithfulness and salvation.
I will not conceal His love and His truth."
His love is the love of my life... and He desires for it to be the great love of yours, too.
Email Post
Labels: the narrow path