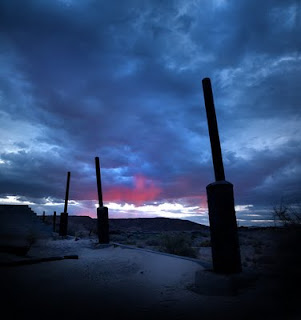 "The Christian landscape is strewn
with the wreckage of derelict half-built towers.
The ruins of those who began to build and were unable to finish.
For thousands of people still ignore Christ's warning
and undertake to follow Him
without first pausing to reflect on the cost of doing so."
John Stott, Basic Christianity
such powerful words. i often imagine my own half-built towers. so many of them. they are strewn over the landscape of my past. i read that excerpt and relive the failed construction projects of my Christianity. years of superficial faith without saving faith. my every failed attempt to truly following Christ. i could conjure up a plethora of excuses, half-hearted justifications. but what if John stott is writing to the heart of the issue, and of the core of my heart. what if, at the end of the day, and of every failed attempt to follow Him, i had simply decided it wasn't worth the cost and walked away...
Stott continues, "The result is the great scandal of Christendom today, so called nominal Christianity. In countries to which Christian civilization has spread, large numbers of people have covered themselves with a decent, but thin veneer of Christianity. They have allowed themselves to become somewhat involved, enough to be respectable, but not enough to be uncomfortable. Their religion is a great soft cushion. It protects them from the hard unpleasantness of life while changing its place and shape to suit their convenience. No wonder the cynics speak of hypocrites in the church and dismiss religion as escapism."
no wonder indeed. my heart aches as i read those words. for i have lived them. each and every one. a life behind a facade, hiding behind my very thin veneer of religiosity. and it was enough. for years, it was enough. enough to be somewhat involved. enough to be somewhat respectable. enough to be somewhat accepted by peers. i was content in my comfort and in my hypocrisy. saddest of all is that i didn't know why. and then, i heard these words:
"you cannot claim Christ as your Savior if you have not surrendered to Him as Lord" ~ David Platt
i reference these words in my public profession of faith. the day that i heard them spoken, they struck a chord deep with me - one that would continue to reverberate in the months that lied ahead. i knew in that moment, that is exactly what i had done. i had spent half of my life claiming faith in Christ, claiming to be a Christian, claiming Christ as my Savior and yet, still living my life behind a thinly-veiled facade that was far from a life surrendered.
of course, they have to edit the video testimonies for the sake of brevity. you hear me confess that being the moment that i realized i had never truly surrendered my life to Christ, but what you do not hear me say is that was not also the moment that surrender occurred. no, i wrote that phrase down in my notebook during the message one summer morning in 2008 and at the end of the service, i closed my notebook and my bible and i walked away...
in our culture and society, we have grown accustomed to instant gratification. we buy into the belief that surrendering to Christ, coming to saving faith in Christ, is an instantaneous process. i was still desperately clinging to the false belief that because i had "been saved" and prayed innumerable prayers of surrender that those words, that particular phrase, wasn't applicable to me. in fact, as david platt spoke those words, i'd likely nodded in agreement. mouthed the word, "amen"... and yet walked away with a gaping hole in my heart, a gnawing uneasiness within me and a life utterly and completely indistinguishable. unchanged.
i was walking in darkness. in the shadows of my own ruins. my own half-hearted, half-built towers. and it was there, in that silence, i would hear those words, rising up from my heart and into my thoughts. only it never sounded quite like my own voice.
for the very first time i calculated the cost of a life surrendered and a life lived selfishly. i looked around. and the landscape of my life was not completely unlike the photograph above. abandoned construction. or deconstruction. difficult to discern which. it was both. visible evidence of innumerable moments of surrender, but a lifetime of selfishness - and of ruin. and i had nothing left to give.
and yet, He was calling me, still. what, then, would be my cost? what is the cost of following Christ to the girl who, by the work of her hands, had lost everything? the answer came even as i was typing these words... "my child, i never desired or needed anything you ever had to give. i simply desired you."
fragments of my life and of myself, i had given Him. bits and pieces. countless hours i'd spent in a church pew. countless nights sobbing promises to Him that i would try and do better.
i laid down my life. i laid down myself. and when morning came, the sun rose into the sky on my new life, there were no longer shadows of darkness ... because there were no longer the ruins of my half-built towers to cast them.
oh, the blinded eyes of my heart,
through all of those years, could not see
that He simply wanted all of my life
and all of me.
He simply wanted ME. all of me. He wants all of you.
Email Post
Labels: the narrow path