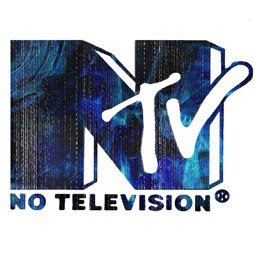 when i was in high school, one of my best friends didn't have a television in her home. it was the early-1990's. this was unheard of. even in the boon docks. i felt jilted because we didn't have access to cable or satellite in the cabin in the woods [i felt jilted because i was subjected to live in the cabin in the woods, but we've already established that]. but here was this poor girl [or so i'd thought] without any tv at all. she must be bored out of her mind. her father was a pastor of a non-denominational church and although i never inquired about which specific scripture led to their decision about not allowing television in their home, i realize now - in adulthood and parenthood - and also having lived the last six months without [cable] television - that you don't really even need a scriptural reference to back it up. although plenty come to mind. the one that stays at the forefront of my mind and my heart is phillipians 4:8. if this is meant to set the standard for what we dwell on, grey's anatomy doesn't exactly coincide with whatever is true, or noble, or pure, or lovely...
but i digress. this isn't some 'radically religious' rant on the evil of television in our culture. i promise it's not. i didn't one day declare (like helen 'mama' boucher) that it was the "devil" and that i would give it up and cast it out of my life forever. even though i was - at times - deeply convicted about what a time-waster it was in my life. as if the content of my prime time favorites didn't generate enough conviction on its own. but i could easily justify it as entertainment and diversion. it wasn't an intentional decision on my part. no, television weaned itself out of my life. i can remember scrambling as fast i could to fast forward, mute or clasp my hands over my kids' eyes and ears during a regular commercial break or movie preview. i definitely couldn't watch any of my former prime-time favorites, like grey's or [embarrassed to admit] desperate housewives in their presence. once i started working part time, i kept saving my shows on the dvr but never had time to watch them. and after a while, as with any other addiction, after the withdrawal period passed, i didn't even have the desire to watch them anymore.
oh, i still have a television. a shiny new 42" flat screen compliments of my dad for Christmas, at that - which was initially both incentive and temptation to call the cable company... i just haven't found the time. and i don't think i'm going to. i do have a dvd player and the kids seem content watching their dvds during their tv time, which removes the elements of both labor and fear on my part of having to monitor what their little eyes might see or their little ears might hear.
growing up, the tv was always on at our house. like clockwork, my stepdad turned it on first thing in the morning and promptly turned it off at 10 p.m. every night - which was when my parents went to bed. every night. for as long as i can remember, i woke up to the morning news and fell asleep to the 10 o'clock news intro music... which leads me back to my friend from high school... her house was - by far - my favorite home to visit. it was filled with a quiet, peaceful stillness. i'd imagined life without tv to be very boring. it was anything but. everyone was always in the kitchen crafting or cooking or listening to music.... or my favorite, conversating [which i'm happy to report is now a word according to the urban dictionary which defines it as an "urban hybrid of the two words “converse” and “conversation”]. yea. i'm so urban.
so with january came the kick-off of all sorts of various new seasons that everyone is talking about: the biggest loser, grey's, the bachelor... and with this kick-off came the awareness that life without television has created a lack of common ground. although, i stay pretty up-to-date on the current news and events and the occasional celebrity gossip online, when any of my friends starts raving about what happened on the latest episode of [insert any show here]; or my sister is asking me if i've seen the preview for [insert movie title here]; or there is some fantastic new 'as seen on tv' product... i just stare blankly in response.... "no tv..", i shrug.
chloe occasionally asks me why i don't have "channels" on my tv like daddy or nanna or everyone else we know. "we don't need them", i say. and hearing myself say that i realize, this isn't some principle i am trying to forcibly instill in her... or myself... or anyone else for that matter. television has simply become increasingly unnecessary in my life. blogging, on the other hand, absolutely necessary. of course, i'm still waiting for that 'peaceful stillness' to envelop my home, but with a three and five year old, i don't really see the lack of television as a means to that just yet. and i'm definitely going to have to work on the crafting and cooking...
Email Post
Labels: culture life media mommyhood