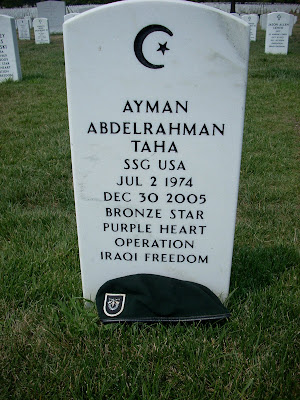 i don't have time to blog. i really don't. not today. not for the last twenty days or so. but i have to. right here. right now. if not, my head may explode. i don't know why i have such harsh reactions to [what i perceive to be] a paradoxical mix of both hypocrisy and ignorance, but i cannot hold it in.

i get this email today. it's the one that urges me to boycott muslim stamps (or - in reality - usps stamps that celebrate islamic holidays). why? because that's so, um, what? UN-American? i don't think so. it's UN-Christian, certainly. it isn't the content of the email that is so disturbing, but the fact that i know so many people that forward it to their entire address book and add their own personal comments like "UN-believable"... religious freedom, unbelievable? maybe. but not un-constitutional. seems some of us would prefer that it was.

the reply button clicked automatically. before i have even thought through an adequate reponse, my fingers were burning across the keyboard. i was born in birmingham. raised in leeds and then in vincent. i am an alabama girl by birth and by heart. right down to the baptist in me. all this to say, most people forget (or are oblivious) to the fact that i am also half Afghan and consequently, have an entire family of Afghan immigrants on the west coast, many of which remain members of the Muslim faith. it wasn't enough to 'reply to all', i've got to blog it before i'm satisfied and my frenzied brain can find peace. fingers unleashing key by key, i typed:

I hate to be the proverbial bearer of bad news, but Muslims are Americans, too. Why is it we only want freedom of religion only IF it's OUR religion? Not all muslims are radicalists or terrorists. I know this because I am HALF-Afghan. My own father was born and raised in Herat, Afghanistan, raised in the Muslim faith and did not convert to Christianity until his thirties. The vast majority of my father's family are still members of the Muslim faith... as well as American citizens.

Not only are many Muslims in fact Americans - many American soldiers of Muslim faith are dying for our country and fighting against the radicalism that WE perpetuate.

Khan was a 20-year-old soldier from Manahawkin, N.J. , who wanted to enlist in the Army from the time he was 10. He was an all-American boy who visited Disney World after he completed his training at Fort Benning, Ga. , and made his comrades in Iraq watch "Saving Private Ryan" every week. He was also a Muslim who joined the military, his father said, in part to show his countrymen that not all Muslims are terrorists.

"He was an American soldier first," said his father, Feroze Khan . "But he also looked at fighting in this war as fighting for his faith. He was fighting radicalism."

As Christians, we ourselves have to become wary of selective moral outrage. Members of the Muslim faith, which include close family members of my own, are NOT going to be drawn to Christ in us if this is how we choose to share the gospel.