life in the moment... and the moments in between. 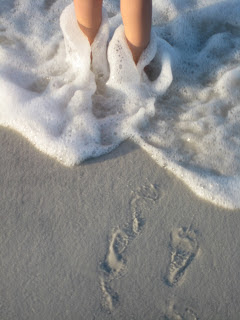 there is a tremendous amount of wisdom to be gleaned from the experience (read: regrets) of others who have passed from this season of motherhood on to the next. this is one of the reasons i prefer non-fictional, semi-autobiographical anthologies. clearly, i need all the help i can get carving a path through my children’s fleeting childhoods that isn’t riddled with regrets or vague memories.

there is a common thread of instruction that is intricately woven into the written words of those mothers and the thread is this: live in the moment. it is more than a simple directive, it is much more like a quiet, subtle urging to live each and every moment with your children not only with great consciousness, but with great intent.

i initially found that this ideology is somewhat flawed. as a mother, there are many moments you want to live in, and – in all honesty - many others that you just strive to live through.

but the more i read, the more i’ve come to understand that its neither the good nor the bad moments to which they so often refer or lament. while both milestones and fiascos are easily recalled, relived and retold, it is the moments in between that become irretrievably lost. the everyday on goings that occur with such mundane normalcy there is no distinguishable beginning and eventually, you find yourself looking back with the realization that there was also no distinguishable end.

admittedly, it is for this very reason that i have taken, literally, thousands of photographs of my children and consequently, never leave home without a digital camera. wanting to forget nothing, but at the same time, moving too fast to remember anything. unfortunately, i’ve come to the realization that you can take photograph and look at it later on as if you were seeing it for the very first time. documenting a moment doesn’t necessarily equate living in it. and unfortunately, living in it doesn’t come naturally. it takes practice. and it also requires a level of consciousness that our culture really isn’t conducive to.

perhaps their guidance is, in and of itself, too vague, just as their memories. our futile attempts to live up to “living in the moment” become a cliché that we liken with the need to take more photographs, create more memories, do more things, visit more places. we [and by we, i mean “i”] fool ourselves to into thinking we can “stop and smell the roses” while traveling 65mph with the radio on and windows rolled up.

there isn’t an instructional “living in the moment for dummies”. but there should be....
saturday, july 21st: we are on day two of our zoo excursion. it is a hundred degrees outside and a hundred percent humidity, but neither of our two seem to care. they want to ride the train. again. we had ridden it on friday and the conductor had maneuvered it so slowly, the trip bored all of the riders to tears. chloe was hoping today would be different and by different, she meant faster. chris is with us, so the four of us cram into the tiny seat. parker instinctively scoots over as if he’s trying to make room for me to sit on the remaining four inches of bench space. i put him in my lap. the train was moving even slower today. in fact, we almost come to a stop on more than one occasion and on the most boring part of the journey where there are no animals. no people. nothing. only trees. parker lays his sticky little head on my bare shoulder. i can smell the scent of baby shampoo mixed with his coppertone spf 50. i rub his little back and then pat it as if to comfort his boredom. i look over at chloe and she is, once again, bored to tears with her “fifty-yard, glossy-eyed stare, resting her head on chris’ hand. chris looks as though he's trying hard not to erupt in laughter and thus, spoil the moment of utter and total silence. it is an ordinary moment. and a moment that, ordinarily, might have found me irate. but i’m learning to live in the moment and doing so... changes everything.
Email Post
Labels: life mommyhood